skip to main | skip to sidebar

Excerpt from "The Swan Maidens"

I fly with my sisters to a lonely lake deep in the forest. We go there to bathe at sunrise and sunset, when the golden light reveals that we are not merely swans; not entirely- rather, we are women with a secret. When we remove our golden necklaces and feather robes, and hang them from the oak trees that crouch low beside the water, it is clear that we are not only swans, but lovely golden-haired maidens under an enchantment.

Many years ago, our father- a stupid, if handsome, man- had angered a witch. Some stories say he tried to cheat her out of a few extra sous when selling a cow to her at market. Others maintain that he had spurned her affections in favor of a village girl- our mother. Whatever the reason, whatever the excuse, cursed is cursed. We were doomed to live a half-life, the seven of us sisters. During the day, we appeared to the world as swans, with long graceful necks and snowy feathers. We swam and learned to fly, to look for food with the other birds. But when the sun went down, we made our way to a lonely lake or pond to ready ourselves for the night. It was only after sunset that we were able to return to our human forms, removing the enchanted necklaces and cloaks that imprisoned us from dawn until dusk.

Some nights, we went home to our parents, but these reunions were always teary and exhausting, and we could not stay there long without causing harsh words between our parents about whose fault it was that their lovely daughters had been turned into birds. As we grew older, we took to staying away from our family's sad little farm. We built a hut in the woods, far from the village, and set up housekeeping there.

We had begun life as normal human girls, you see. The witch's kindness-or her cruelty- had cursed us to a half-life, with one foot in the world of the humans, and one in the world of the birds. We could never mate, nor bear children- for who would have us? None of the boys in the village wished to court a girl who spent her days as a bird. The very idea was laughable. If they happened to see us out at night, walking the streets of the village, they threw rocks and hurled insults. Their cruel words hurt worse than any stone that ever bruised my flesh...

This story is an original work of fiction by Molly Anderson-Childers. Copyright 2009. Use of this work, in whole or in part, is not permitted without written consent by the author.

This story was inspired by my recent researches into the Swan Maidens of Scandinavian and German lore; most notably, the Wunschelwybere of Germany. While writing an article for Creativity Portal about the Muses of the Air, I came across the strange story of the Swan Maidens and knew I had to explore further, with a story of my own.
Posted by The Author at 11:41 AM

Molly Anderson-Childers is a writer, artist and photographer living in Durango, Colorado. Her work has appeared in many print publications, both locally and nationally.

If you wish to connect with Ms. Anderson-Childers regarding freelance writing or art commissions, professional blogging services, writing workshops, or creativity consultations, please send an email to stealingplums@yahoo.com.

You Can Find My Work Online At... 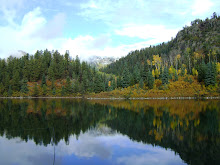 Let this photo inspire a poem, story, or free-write about the change of seasons! Photograph by Charles Childers.

Love the world you create
Hold it in your hand-
Careful not to squeeze too tight!
It is as delicate as a robin's egg
And a blue so fine...

Hold it in your hands. It is yours to command.
Look down on it with fond and godly eyes, seeing all
Open yourself up
Unmask! Unmask!
Feel the ecstasy of creating this world anew each time you set pen to page.
Feel the joy.

Light a thousand blue candles and watch over them
Sing your mother's name into the west wind.
Let the flame grow like a vine, flowering orange and scarlet blazes of light.

Open your heart and close your eyes.
Run forward, blindly trusting.
Know this- all will be well.
Let the words flower, blossom, and bloom.

Open your hand
Release this world, this word, and it floats slowly up into the wild blue dreaming yonder,
A kind eye watching you. 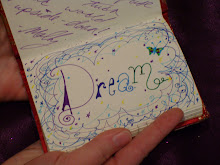 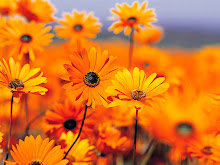 All material presented here is the original creation of the artist, and is protected by copyright law. All rights reserved. Copyright 2010 by Molly Anderson-Childers.

Stock photographs which appear on this site are public domain and are presented here courtesy of Photos8.com and Picasa Web albums.